A Troubling Trend for Today’s Children 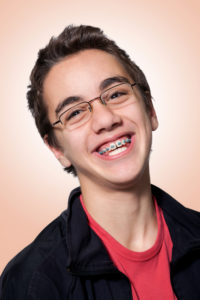 Vision correction is something that a large percentage of adults have simply come to expect. We believe that our eyes naturally change over time. This is a possibility, but that is another topic entirely. What we want to discuss today is the recent findings that children are facing new risks to their eyesight, and there is something we may be able to do about it.

According to new statistics, myopia, or nearsightedness, now affects upwards of 10 million children in America. We don’t often think that children will struggle with their eyesight. And because myopia blurs distance vision rather than the up-close vision children need to read or play games, there is a chance that no one will know a child is not seeing well.

Historically, nearsightedness in children has been an issue of genetics. This condition runs in the family, so to speak. But if we were to only look at genetics, there would be enormous questions related to the marked increase in cases over recent years. Is it that our genetic code has changed that significantly, or could there by another reason for increased numbers of myopic children in this generation? Scientists think they may know.

More than genetics, what has changed so dramatically in the past few decades is the way we live. Back at the onset of modern technology, aka television, mothers admonished their children for spending too much time glued to the screen. Children were told they would “ruin their eyes” if they didn’t get outside and play. New research suggests that Mom may have been on to something.

What some scientists now believe is that our modern lifestyle of indoor activities, usually involving some sort of screen, are changing the way children’s eyes develop. For the eye to mature in the appropriate spherical shape, it may really need that outdoor play. Being outdoors, the growing eye naturally moves from objects up close to objects in the distance, thus “exercising” and forming the right shape.

There will always be some degree of genetic tie to ocular development. It is rather interesting, though, to also consider the effect that usage has on developmental progress in children.